A Decolonised, Reimagined Education – The Missing Steering on the Zimbabwean Developmental Vehicle

Only A Fool Would Let His Enemy Teach His Children(Malcom X Speech, 1965)

One of the most deplorable blunders made by the Zimbabwean freedom fighters in their pursuance for Independence is their misinterpretation of “true Independence” and flop to provide the country’s roadmap from colonial administration to a developmental- post-independent state. 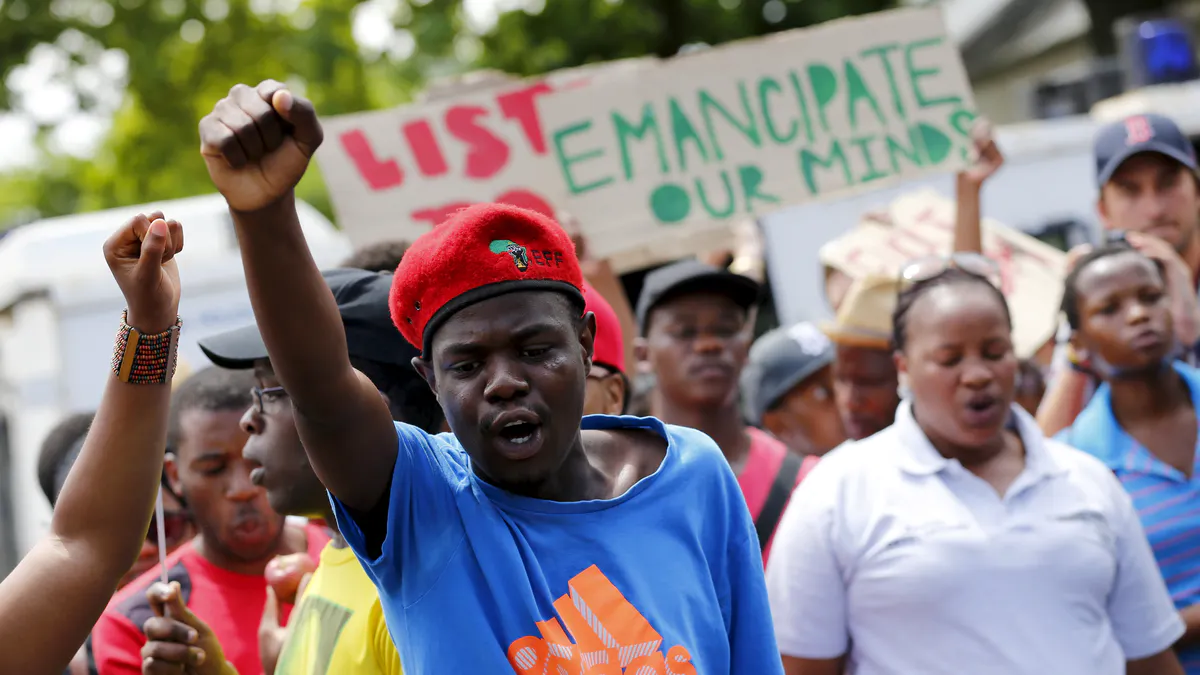 To them, it was all about the crown and power. They overlook the burden of freedom that comes with such an approach. Notwithstanding attaining political liberty and the majority’s anticipation for a significant breakthrough from one hundred years of brutal colonial rule into a ‘free black ””majority government, the country is heading in the wrong direction. The Zimbabwean developmental vehicle doesn’t have the steering to direct the movement towards a developed state according to the people’s will. It’s even wretched that some are considering drawing back the clock to the colonial administration. Paradoxically, a new Zimbabwe, is expedient. There can never be a better way of bringing it back than a pedagogical – educational approach. As cars have a view mirror to remind them of the past, human beings have the senses to remember the past and chatter fate.

The chronicle of Zimbabwe, just like many African countries, is watermarked by colonialism. One of the tools that the oppressor used to achieve his aim is colonial education meant to manipulate people. Colonial powers used education as a tool for both political and economic reasons. Colonial education was used to remove the colonized people from their indigenous learning. Colonizers wanted the African people to be valuable and qualified personnel for their economic development (Bahar, 2018. Such education is associated with producing more job seekers than job creators, certificates that are not substantiated by skills. Education centered around a colonial curriculum definition, “A philosophical way of transferring knowledge from one person to the other to produce people like that philosophy” (Paulo Freire, 1968). That is just but a clear sign of the manipulative nature of the education system the oppressor left. Therefore, Independence does not start when the oppressor goes from one’s country and a black government is in power. Instead, its genesis is the day new systems are in place, especially education, as it determines so many things. Unless a rotten tooth is removed from the mouth, the mouth must chew with caution (Ola Rotimi, 1976). Unfortunately, the Zimbabwe trailblazing government did absolutely nothing to decolonize education and prepare a curriculum that sets students in motion to develop their own country. The Independence we celebrate is something meaningful to a few elites who have made it into politics, but it does not empower the people, especially the youths who contribute over sixty per cent of the total population (UNDP, 2020)

One does not need to be an Israelite Prophet or an African Sangoma to surmise the gap between Zimbabwean education systems and national development. There the two are parallel lines; they will surely never meet. The African Education Index positions Zimbabwe as one of the uppermost countries with a better education system and literacy rate ranging over eighty per cent. (African Education Index, 2019). However, it is unfair to praise the country for having walked such a milestone in education without seeing what these educated people are doing at the end of the day. Dependable reports from institutions such as the World Bank, IMF, and the Zimbabwean Ministry of Finance lists Zimbabwe as one of the countries with the highest youth unemployment rate, with many working in the informal sector and languishing in poverty. An accurate indicator that the government’s education system is parallel to the industry’s expectation, producing more job seekers for jobs that are not available. A post-colonial country like Zimbabwe would have invested much effort in a decolonised education. Education empowers the students to become job creators through a pedagogical emancipation approach that enforces critical thinking, innovativeness, and decision-making. That would have done a better job in producing competent graduates in the four corners of a classroom and the country, assisting the government in its development vision. When Zimbabwe is going through severe unfavorable international relations, with heavy sanctions, impaired goodwill, and many countries finding it unsuitable to assist the country, an apparent interior effort remains the only bailout for the country. Now that a colonial education is alive and well in the country in the form of the curriculum, the Zimbabwean citizens will forever suffer. They are producing their problem because many of these youth graduating from universities will challenge the government crying for jobs.

The economic route that Zimbabwe took post-independence is unique. A radical communist left-wing policy that resulted in shifting all strategic means of production, such as the land, banks, mines, etc., from the white minority into the hands of the black majority requires vigorous interchange between the three, politics, economics and education. It is quite lamentable that the Zimbabwean government was more engrossed in its indigenization without indigenizing education. Therefore, Eurocentrically educated people can not be befitting candidates to run an Afrocentric economy. A good example will be that of the Zimbabwe Land Reform Programme, where the land was granted to the people, only to find a nation that was once the “breadbasket of Southern Africa “becoming the “basket of poverty.” There was nothing wrong with such an initiative, as it was the agenda of the liberation struggle.

Nevertheless, President Mugabe and his comrades would, later on, become failed leaders whose legacy is destroying a country. At a time like this, Europe was and still is blindsiding us through sanctions. Therefore, the bailout is making sure our schools are converted into centres of development through reimagining education. Fidel Castro of Cuba did this in the early sixties. Regardless of Cuba’s economic sanctions, they made it through education, preparing their graduates as job creators and problem solvers. “One thing is sure. Education—at least of a certain kind—is central to Cuban Communism. “Revolution and education are the same things,” said Fidel Castro, the island’s revolutionary hero. “To build communism, a new man must be created. . . . Society as a whole must become a huge school (“Cuban Schools: Too Good to Be True – Education Next”, 2021). The Cuban government started getting its most needed assistance from their students rendering the sanctions less binding.

SHOULD WE FIX THE STEERING?

Although Zimbabwean education has deserted the country, it’s a velocipede that can be fixed and present the country with an opportunity to restore the country’s legacy as an African and a world giant. A few years ago, the Zimbabwean then Minister of Education, Lazarus Dokora, did a salutary initiative coming up with the updated curriculum, placing skills at the centre of the learning process. Notwithstanding, the coming in of President Emmerson Dambudzo Mnangagwa and his new cabinet sort of puts his ideology under the bridge and continues with the old template. I wouldn’t be astounded to see the current President failing dismally on all his policies because nothing was done to move away from traditional education. Therefore, the country will need to develop a well-articulated 21st century, pedagogically emancipating education program centred on entrepreneurship and leadership to enforce critical thinking, innovation, and servant leadership in the learners. The idea is for graduates to discover, develop and unleash their potential, thereby reducing Zimbabwe’s unemployment. 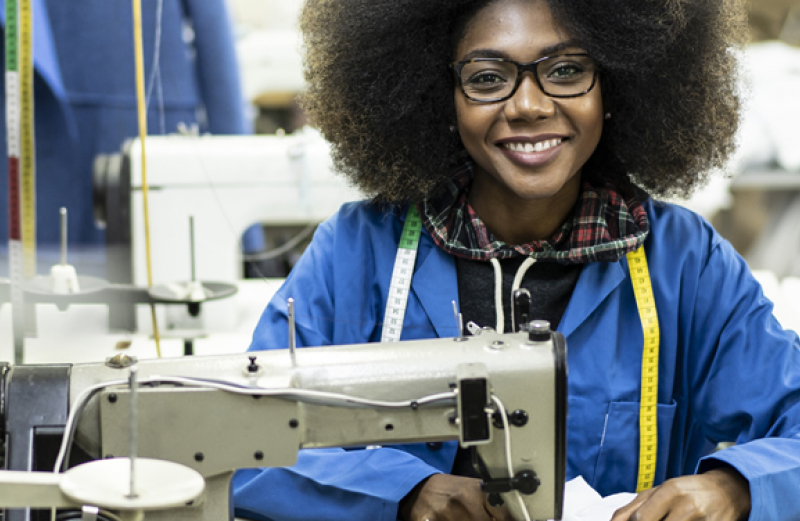 The school system, from primary to tertiary level, prepares students for jobs that are not available. Such a policy will create unique and self-centered students that see themselves as the solutions to our collapsing economy—remodeling the classroom from blocks of unemployment and dependency into citadels of hope, creativity, innovation, critical thinking.

The government ought to invest in the education sector, not just the accessibility part of education, but equally so the education quality. Zimbabwe hope can only be realised through the commitment and the skills of its people, more than any other aid form. The country’s economic resurgence is in its youth. More needs to be done in preparing a context-based education system, from colonialism, but also beyond the certificates exposes the students to Afrocentric thinking, thereby tackling the problems affecting the country leading to economic development in the country. Schools can be easily converted into centres of development and innovation hubs through this ideology. Critical pedagogy can also be deployed as a tool for economic recovery. The government can not just predict a future but create the future they want by enforcing what they want to see in their students and making them critical players in realising the future of choice. For a long time, the government has been calling for reforms, yet the institutions are pumping graduates unfit to help the country achieve such a dream. Hence, a reimagined education has been a missing wheel on the vehicle of economic development, and the sooner that can be fixed, the sooner a new Zimbabwe can be realised. Fitting the missing wheel will include complete decolonisation of the curriculum, positioning students as critical players in achieving development.

A car without a handle can move, but it’s uncontrollable. The best way to control it is to fix the steering and influence the direction of the vehicle. Zimbabwe, just like a car without a stirring, can move, but should the people have power over the development of their country, a new type of stirring in the name of a decolonised- reimagined education is a matter of urgency.

Cuban Schools: Too Good to Be True – Education Next. (2021). Retrieved 26 March 2021, from https://www.educationnext.org/cuban-schools-too-good-to-be-true-what-explains-castro-educational-excellence/

How much did Boko Haram forbid Education in Nigeria; A Case Study.

« Boosting Intra-African Trade: A Key To Africa’s Agricultural Potential
Migration as a key factor for conservation. »