Unemployment and underemployment in Africa stand at staggering numbers. The African Development Bank estimates that youth unemployment is at nearly 60%. In North Africa, the youth unemployment rate is 25% but is even greater in Botswana, the Republic of the Congo, Senegal, and South Africa, among others (Africa Renewal, 2019).  It is estimated that young people account for 23.5 per cent of the total estimated total working poor in sub-Saharan Africa— unable to earn enough even while employed due to inadequate working conditions. Africa’s youthful population is a phenomenon where close to 40% of the population is under the age of 15.

Africa is set to profit from having the largest workforce in the future and this is challenging policymakers to develop lasting solutions to the unemployment crisis and changing the status quo of poor investment in young people. Youth unemployment has been called a ticking time bomb owing to the high unemployment rates which are not reducing for most African countries rapidly enough to capture the benefits of the so-called demographic dividend of the coming decades. The continent faces a huge chunk of our graduates being unemployed on a yearly basis, who end up sitting at home and becoming another statistic. These graduates then turn to menial jobs in order to survive and earn the minimum for their living. In reality, unemployment a growing cause of instability and insecurity in many African countries.

Although the figures paint a bleak picture of the story of unemployment, and while it is indeed a major challenge, it does not suggest that solutions to tackle these issues do not exist. In fact, the idea of entrepreneurship, for example, has been held as a catalyst for unemployment creation. Governments have called upon the youth to continue to grow their enterprising spirit and become self-employed and in turn, employ others.

Certainly despite challenges that come with the lack of meaningful jobs young people creating opportunities for themselves where none exist in the informal sector can be found across the vast length of the continent. In More than 70% of the youth in the Republic of the Congo, the Democratic Republic of the Congo, Ethiopia, Ghana, Malawi, Mali, Rwanda, Senegal and Uganda are either self-employed or contributing to family work (Africa Renewal, 2019). There is a skills gap in terms of teaching the entrepreneurship and business skills that are needed to create more entrepreneurs.  The mindsets, business savvy and the characteristics that one may need to be successful in entrepreneurship can all be taught as skills and competences.

How do we go about developing entrepreneurs?

How do we provide access to these skills and know, well through our education systems from primary all the way to through our high schools? Entrepreneurship is as much about learning how to fail and how to apply failure to business growth as it is about learning marketing. Developing the right skills curriculum for schools is important in churning out graduates that can be competitive on the market and opens up more opportunities for young people. There is a need for education reform on many levels but the addition of a practical based entrepreneurial curriculum is something that could help young people get an understanding of the enterprise creation. Countless programs are set forth every year to train young people with different skills in general and skills are seen as a vital answer to unemployment. Another challenge is that it is difficult to access the impact of such programs due to a lack of strong monitoring and evaluation systems in place.

In addition to skills, young people need networks and collaboration with successful business people in the community who can give them guidance on their own ideas. If we say that we want to be more intentional about building an entrepreneurial culture the main goal is to do it properly using examples from successful entrepreneurial; economies. Skills for the entrepreneurship are very critical matter as well as they help the level of graduates and increasing access to these upskilling in the form of 21st Century skills could help to deliver us from the unemployment predicament that most African countries find themselves.

African countries have not yet made the necessary steps to make space for young people in business, which is why most people turn to the informal sector where regulations are not complex, wanton and restrictive. The regulations around business ownership play a big role in creating more enterprising youth. There could also be a policy around supporting small-medium sized enterprises (SME’s) that are run by youth and that employ young people. The figures show that small and medium enterprises employ the biggest percentage of people and they are critical in solving this challenge. SME’s globally account for 70% of the total employment and an even greater number of new employment creation.

Speaking to some young people interested in entrepreneurship, it came across that the majority of young would-be entrepreneurs deem that a lack of access to capital as a major reason for no starting their own projects. Logically, it takes capital to launch a venture and governments have the capacity to intervene to set policies and budgetary provisions to finance SME’s. Additionally, there should be a push by governments to increase investment in areas that young people are present including the creative arts, culture and tech.

Can we settle on one solution?

There is no doubt that African youth are creative and innovative, however, does this mean that entrepreneurship is the only solution to creating jobs? Entrepreneurship has often been referred to almost like a panacea for all of Africa’s unemployment challenges and this is in fact not accurate.

While entrepreneurship pushes young people to become more creative to take advance of the resources. Is the solution to make everyone an entrepreneur, mostly because not everyone wants to be self-employed some would like to be employed for personal or environmental reasons. The risks of entrepreneurship are some that not everybody is willing to take and certainly employment is the norm in most societies today.  So the answer, is no, entrepreneurship alone won’t solve all of Africa’s unemployment challenges but it is a way in which to help alleviate and to boost the creativity of youth that Africa has an abundance. Some of the solutions include more investment in the manufacturing sector which is able to draw in many unemployed youths and attracting more investment.

Lastly, young people shouldn’t have to fear if they will be able to find jobs, and with the aspirations of young people growing globally, African youth should not be left behind in what they can do. Youth unemployment is a burden on African countries it is also a cause of political instability and affects social cohesion. There is room for more dialogue and engagement with young people on the issues of unemployment. African governments need to pay more attention to the fact that the resources in Africa are not going to servicing the youth and young people are often excluded. Inclusion of young people is important at all levels, political, economy and governments have to create that space.

Kok, J. D., & Berrios, M. (2019). Small matters: global evidence on the contribution to employment by the self-employed, micro-enterprises and SMEs. 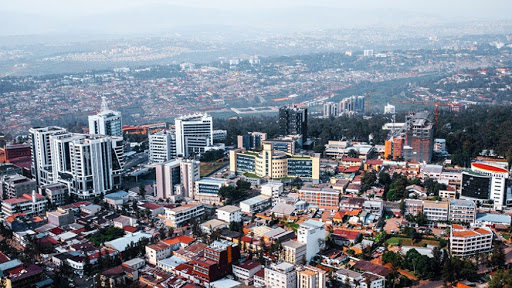 Youth Unemployment as a cause for Urbanisation

« In the middle of failing and succeeding- What’s the future of farming in Africa?
Child Marriages: Will you marry me? No! (Fires a bullet) »