COVID-19 Will Not End Capitalism

The outbreak of the coronavirus has shaken world order and exposed the ill-nature of Capitalism and the free market economic system. The world, at last, has fallen prey to the pandemic and by its own hands sucked the life out of itself like a bloodsucking zombie. Lest we say, it’s a crisis of cataclysmic proportion. When Communism lost its moral voice in the Soviet Union along with the desolation of the Berlin Wall, it dug its own grave. It buried the remaining carcass of traditional Marxism to the burial ground of historical failures. The 2008 financial crisis signalled the death of Capitalism and corporate institutions acting in the position of its Stalin in the collective objective of profit. It turned out to be a mutation and Capitalism rose above the odds. It’s ill-natured Stalinists recovered from their bad manners and made a comeback. The market has historically shown that it exists for one thing—the accumulation of profit. Perhaps, the capitalist apologist who unshakably declares this so openly is Milton Friedman. In an article published in the New York Times, Friedman writes:

“there is one and only one social responsibility of business to use its resources and engage in activities designed to increase its profits so long as it stays in the rules of the game, which is to say, engages in open and free competition, without deception or fraud.”

One would wish that Friedman lived to see how the market turned out during the 2008 Financial Crisis and the spread of the global pandemic of this year. It is crucial to note market competition proliferated the COVID-19 because it failed to put human life before profit. The American philosopher, Noam Chomsky, in a recent interview lamented that the coronavirus pandemic could have been prevented because the information was there to prevent it. In fact, it was well-known. In October 2019, just before the outbreak, there was a large-scale simulation in the United States – a possible pandemic of this kind, (Chomsky, 2020 Aljazeera). No action was taken to curb the spread of the virus or the alarm of a global health emergency because this would have affected market prices and production in factories. The interest of the market was of paramount concern before anything else.

The failure of governments and vested corporate interests to stop the virus from becoming a global pandemic has led to one of the most catastrophic events of human history. One could say, an irreparable damage from which Capitalism will never completely recover, thus the change in world order from neoliberalism to a humane system that values life in all its glories and beauty before material benefit. Economists, Social scientists, among others, are already predicting a different world at the end of this, to a radical economic and political shift from the current material conditions. They have never been this high on hope and convinced by the crisis in which Capitalism has entangled itself.

As capitalist economics are now in crisis and left to the mercy of a virus that spanked out of China, just October of 2019, it is understandable that one assumes the possibility of radical economic and political change as a ramification. Admittedly unlike any other in human history. This hope for a radical economic shift is the optimist view in history. To his credit, the optimist has seen the best in humanity when the worse was imminent. The optimist has given hope to millions of working-class people across continents about the possibility of an egalitarian and classless society. It is he who man has come to turn to, for so long as one lives, one must see humanity in a constant mode of change and evolution.

For so long as one lives, one must hope, one must believe in a different future—a desolation of the system that agonizes one’s being. As one lives, one must evolve with nature itself—the reason for which Heraclitus posits that “the only constant in life is change.” Change is the foundation of the civilized world, it’s the foundation of human believes upon which cultures, and families have been built. But optimism without materialism is infantile—as it ignores the existing material conditions and social structures of society. The buoyancy of the demise of Capitalism is futile and an emotional wish. Even though one should hope for change, one should also be skeptical of historical change, especially in advanced industrial societies where the working class owes its existence to the system, a system of manipulation and huge economic reliance for survival. And this is because, as Francis Fukuyama announced in “The End of History” in 1992 we have reached a point that seems to be the final evolution of human government to market Capitalism and neoliberalism to which there is no viable alternative.

In addition to this infinitesimal evolution, as societies progress, people are becoming more and more complacent and docile—which comes with psychological manifestations that must be factored in as we predict a different world. The old Marxist prediction that as economics advance with huge industrial capacities, it will raise the consciousness of working-class people to a revolutionary upheaval against capitalist powers turned out to be a wrong prognostication. What has happened is the direct opposite. The illusion of autonomy and freedom offered by neoliberalism is more desired and demanded than any other economic system over the last Century.

Free Market Capitalism and or Neoliberalism has proved to be the dominant economic force throughout the last Century despite all the critiques:

It has ironic consequences on human history and sham proclamations. The irony, says Noam Chomsky, of neoliberalism, is that “is that is free, and it’s not new.” The exact nature of this is encapsulated in Adam Smith’s “Wealth of Nation” that places individual freedom and free-market Capitalism as the most effective economic system for wealth creation to deliver prosperity. Aside, the Wealth of Nations, Capitalism has been entangled in some of the most catastrophic events in human history. The Great Depression, the global wars, the 2008 financial crisis are all attributes of the market. But all along it has shown vibrancy and great survival instincts.

Why is it that unlike Capitalism, the degeneration of socialism to Stalinism in the Soviet Union put a lasting dent on its implementation? And Capitalism with even more atrocities continues to survive, mutates, recovers? There can only be one conclusion, the evolution of an economic system where the majority of the people now embrace free-market Capitalism as the only viable economic system to create Wealth. Capitalism is accused of encouraging greed and profiteering, but this is no fault of the market, it’s a problem of human nature.

Louis Menand (2018) commenting on the End of History writes that Fukuyama posits that “humanity has reached “not just … the passing of a particular period of post-war history, but the end of history as such: That is, the end-point of mankind’s ideological evolution and the universalization of Western liberal democracy as the final form of human government.” The desolation of the Soviet Union in 1991 made this very clear.

Fukuyama’s argument was that, with the imminent collapse of the Soviet Union, the last ideological alternative to liberalism had been eliminated. Fascism had been killed off in the Second World War, and now Communism was imploding. In states, like China, that called themselves Communist, political and economic reforms were heading in the direction of a liberal order (Louis Menand, 2018). Even as we have experienced the rise of the radical left and new wave of Marxism, it is clear that majority of the people, working-class included, desire neoliberalism and the free market system than any other economic system. Fukuyama’s verdict of history, though startled, by the identity politics of our current social structures, still holds true.

We have been opting for liberalism and capitalism for years in spite of its cruelty, in spite of its vested interests. And those who believe the post-COVID-19 economic system will be any different might just die as frustrated ideologues.  Maybe it makes more sense if one hopes for redefining Capitalism to be more humane and ethical toward Adam Smith’s “Theory of Moral Sentiments” rather than hoping for its demise, an impossible historical event that no one can predict. The all-powerful capitalism is here to stay. It has transformed itself as the universal ideological objective for most of humanity. It’s part of our collective human story, and it’s safe to say that COVID-19 is mutation not an end to free-market capitalism. It is not the last word on history, but history has a way of revealing itself, it has done so. 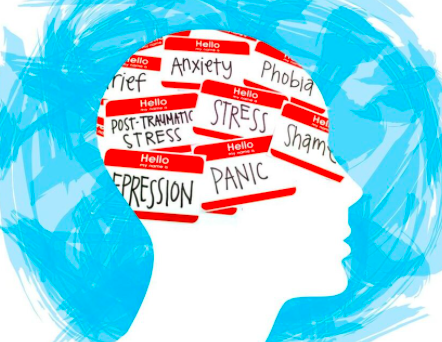 Why Our Mental Health Matters 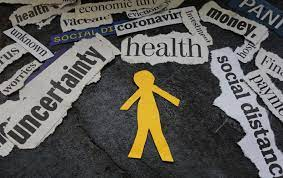 « Lockdown vs. No Lockdown: What’s the Effective Solution to Combat COVID 19 in Africa?
What’s Up With the African Continental Free Trade Area? »