On 14th March 2020, Rwanda confirmed the very first person who had covid -19. He was found one week after he came from India. Because he had continued his selling activities in his supermarket throughout that week, it was assumed that he might have infected many more people which urged the government to make quick decisions such as school and business closure which was followed by a total lockdown, something that Rwandans were not physically and mentally prepared for. The potential impact to which measures against covid-19 might have affected people’s mental health is a big concern.

Mental health and on the social-economic life

Ordinarily, people have the right to move, visit friends and to engage in entertainment activities which covid-19 prevention measures such as lockdowns halted. The situation of people being kept in their homes during a stressful situation can develop behaviour and mental health problems such as anxiety. Throughout the pandemic, people were living with the fear of uncertainty which is bad for the mental well being and contributes to increased stress.

When the government first announced the first lockdown, many businesses closed which caused a big number of people to lose their jobs. Some of them had no savings at all, as they relied on a daily wage to survive. This video shows some people talking about how they had nothing to eat at their homes due to business closures during lockdowns and were worried about how they were going to survive. Such situations affected people’s mental health especially adults who had families to take care of. Some men reported thinking of committing suicide as they couldn’t stand sitting at home unable to provide for their families and seeing their children starve in front of them.

Lockdowns have also increased domestic abuse in families. One woman shared her story with globalsistersreport on how she and his husband both lost jobs due to lockdowns and had to spend the whole day together as home. They started arguing about unimportant things such as cooking meats with cheap recipes which later turned into a serious conflict. He started beating her that sometimes she lost her consciousness and could sometimes angrily shout at children threatening to kill them.

With his violent actions, the woman could no longer stand it and decided to run away with her children. Her story added to what the head of transparency Rwanda told Newtimes about the significant increase of domestic abuse since lockdown was announced. She said that they are receiving twice the number of calls they used to receive before of people crying for help due to domestic violence. Among the callers were also couples whose divorce process were halted by covid 19, and they had to stick together despite their conflicts which led to domestic violence. This can also be explained by how Boredom can also make people aggressive psychologically since they do not have anything important to focus on. 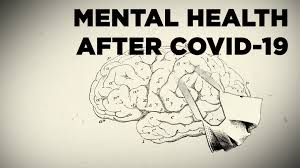 Household abuse has worse effects on mental health, especially for children as it is associated with depression and anxiety.  Women or men who have experienced household abuse sometimes suffer from post-traumatic stress syndrome which makes it difficult for them to socialise or trust other people 1 .

Children are  victims too because  once exposed to home abuse, they  experience social, mental and emotional damage which makes them feel isolated, confused and also affect their development growth and the empathy they feel for others 2. The fact that covid 19 increased the cases of household violence can also imply the increased mental health problems of people who have experienced such violence.

When the first covid19 case in Rwanda was confirmed, the first thing to close were schools. Students who were in boarding schools were quickly sent buses to take them home. Schools later reopened after 8 months which have been also followed by short term closure due to increased cases in some regions. The magnitude of the effects this closure had on students is still yet to be determined however, some effects can be discussed. Firstly school closure disrupted the daily routine of kids and social interactions with  their classmates which led to confusion as some of them kept wondering when they would return to school. Even though the government put in place some measures for students to continue their studies using radio and television, the majority of them were not able to follow up with their studies which affected their learning abilities and performance due to a long time without being in class. The fact that students knew that they were going to repeat the year, affected their mental health especially those who were preparing for national exams. It deeply saddened some students that they were going to have one year lost not because they performed bad in class but because of the pandemic. It was even worse when the country introduced regional lockdowns such as the one of kigali city that happened in January 2021, because some students had their siblings and friends who were studying yet , they couldn’t because their areas were in lockdown which made them feel bad. In addition to this, some students engaged in paying activities during school closure time, which hindered their interests and focus in school as they rather preferred to keep working for money rather than studying. 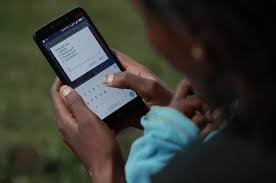 The closure of schools also forced children to spend more time with their families especially during quarantines yet some of those families were abusive and violent which led to psychological wounds and brain impairment 3.  Moreover,  children with mental health disorders such as autism were deprived of the support they were being offered by specialised schools they were attending which made their situation more vulnerable 3. Lastly, though some students were able to continue their studies using online methods. Most courses were accessed using  PCs and phones. Though it helped them to  cope with the psychological distresses of ending the studies abruptly, on the other side, it resulted into technological addiction which affects their cognitive skills 3.

Before covid 19, family members, friends and neighbours were expected to participate in funeral activities to comfort the deceased ‘s family. It is a sign of solidarity among rwandans. At funerals, you could see hundreds of people because not being present implies something else. However, when the pandemic happened, the government introduced restrictions in the number of people who attend funerals. In most cases, they were not supposed to exceed. They are also other rituals that follow the death of an individual such as visiting the family of people who lost a person which was not possible during lockdowns. Consequently, mourning people’s mental health has been adversely affected due to the pandemic because they were not familiar with the new ways and received limited comfort from their communities 3.

Besides, since 1995, there has been a commemoration week starting on April 7. It is a morning week where genocide survivors and the rest of the country remember their people who were killed during 1994 Genocide. During this week, people used to visit memorial centers and engage in other activities that provided some comfort as they remember their lost ones. However, in 2020, the commemoration week happened during lockdown, which disfavored the moral, psychological and spiritual support to genocide survivors and there was insufficient attention paid to this vulnerable population which undoubtdly affected their mental well being 4.

Covid-19 did not only affect the socio-economic life of Rwandans but it also affected their mental health in the aforementioned ways. However, interventions to address such issues have not yet been implemented. The country and people are more into the economic aspects of the issue. It is crucial for people to be aware of the impact covid-19 have had on their mental wellbeing and start addressing them. The governments also need to come up with measures to mitigate the effects covid-19 had on families, individuals and community’s mental health. Much attention should be put in high risk groups such as students , people who have already had underlying mental health illness and people who have gone through domestic violence as discussed above.

2.Impact on Children and Youth. Childwelfare. (2021). Retrieved 28 March 2021, from https://www.childwelfare.gov/topics/systemwide/domviolence/impact/children-youth/.

The Overlooked return: Improving the Mental Wellbeing of Migrants in Rwanda.

« Did you know that E-mobility is one aspect of fighting Climate change in Africa!
Building Accessible Technology Products In Africa »