In world economics, a country cannot produce everything it needs to support the livelihoods and desires of its citizens, which is why importation and exportation are necessary for a healthy economy. Heavy importation, however, can slow the development of a country’s economy in cases where imported goods gain precedence over the local goods, crippling local production. To protect domestic manufacturers from foreign competition, countries apply import duties and tariffs on these goods and these tariffs are higher on goods to which the local economy is most sensitive (Sethi, 2019). This, when other countries do the same, leads to increased trade costs that can accumulate and possibly prevent trade altogether between competing countries.

Thus, trade blocs are intergovernmental agreements, usually part of a regional intergovernmental body, where import and export tariffs are lowered or removed among the member states, allowing ease of trade (Batchelor, 2019). This allows access to goods at a competitive price, usually eliminating monopolies and goading innovation and development. Such agreements often protect the bloc from non-member markets using high import duties, leading to trade diversion. Tariff barriers are erected for all member states in that they can’t trade independent of the regulations governing the bloc’s engagement with outside markets.

In Africa, trade blocs like the Southern African Development Community (SADC), the East African Community (EAC), the Common Market for Eastern and Southern Africa (COMESA), and the Economic Community of West African States (ECOWAS) among others, are operational and serve member states to different capacities. Depending on the level of economic integration, a trade bloc can be classified as a preferential trading area, free-trade area, customs union, common market, or economic and monetary union (Mansfield, Milner and Pevehouse, 2015). Trade blocs, therefore, do not serve to remove import and export tariffs only. Other benefits can include free movement of people and labour (visa-free), and easy business registration and expansion. In the EAC, the common market is the current level of economic integration, following the customs union which became fully-fledged in 2010 when Customs tariffs, rules of origin, import prohibitions, and trade remedy regulations were harmonized (EAC, 2019).

In the 2018 African Union’s 31st summit in March 2018 the African Continental Free Trade Area Agreement (AfCFTA) was introduced and currently, 54 out of 55 countries have signed, 28 countries have already ratified it with a minimum of 22 countries required to ratify it in order to come into effect (Batchelor, 2019). This is one step closer to having a fully integrated Africa that is self-sufficient and industrial and that meets the needs of the people.

Fully integrated blocs like the European Union are useful in determining the ways in which the AfCFTA can be optimized, being an example for the dos and don’ts of a common market and economic integration. Nonetheless, it is essential that the African Union set standards for what people’s livelihoods should begin to look like in light of the development that is expected to follow this trade, for it would be a shame to reach such a great milestone and discover that the majority of people’s lives are not improving for the better. This calls for defining “better” in terms that apply contextually; that are realistic, that are measurable and that achieve popular consensus.

Considering these recent developments in the actualization of AfCFTA, the challenges it faces and the opportunities it presents, this agreement, if carefully planned and properly executed, should bring about the economic boom that Africa needs in order to improve livelihoods and contribute significantly to the global market. But this can only be achieved through careful planning and financially supporting Small and Meduim Enterprises (SMEs) across the continent, especially the informal businesses run by women.

If African countries begin to trade with each other at the rate they currently trade with Western countries, they can slowly wean off of foreign aid and reduce the existing vulnerability to market shocks. The European Union and other developed countries gain immensely from Africa by buying raw material at low prices and selling the finished products at prices that pale in comparison to the amount received by their African suppliers. An article by Bagooro (2014) evaluated the Economic Partnership Agreement (EPA) between ECOWAS and the EU and showed just how much West Africa would lose if it signed the documents. The agreement required West Africa to forgo $ 1.8bn annually in import tax revenues from the EU in promise of only EUR 6.5bn ($8.8bn) in foreign aid for the whole region over a period of five years; a heavy loss for West Africa. Niger, as a result of the EPA which liberalizes group A, B and C products, stands to lose $ 24 million in import tax revenues. Meanwhile imports from the EU would increase by $ 22 million; a gain in its exports to Niger of about 16.58% (Ousmane, 2015). Such unfair gains by the EU also include opportunity costs that are not even considered, like the stagnation of industrialization growth rates that could be relying on these raw materials and employment opportunities from such potential.

Moreover, Africa’s exclusive supply of raw materials to these developed nations allows them to determine market prices and control the demand, which leaves Africa vulnerable to fluctuations in trade and market shocks. The AfCFTA when fully realised would remedy this; Bagooro (2014) says,“Europe remains a large market for raw materials but Africa’s manufactured exports to the intra-African market are growing at a much faster pace than exports to the EU market.” If Africa desires to be self-sufficient by moving away from dependence on primary commodities and become an industrial continent, the African market stands as the best option.

Now, in order to maximize the benefits of industrialization, countries must develop their competitive advantage because this is what leads to economies of scale in trade unions. SMEs are one of the keys to building economies of scale through employment and competition, but for them to expand and benefit from AfCFTA, funding opportunities must be made available. SMEs account for 99% of all firms in developing countries, but the majority of those in Sub-Saharan Africa are informal (Fjose et al, 2010). SMEs contribute to economic growth when an early growth stage has started to materialize increases with persistent high growth and industrialization. The figure below illustrates the above:

Such growth is accounted for by factors that are found as benefits of trade liberalization such as specialization and industrialization. The growth of SMEs is also dependent on the funding made available to them since materials are needed in order to expand and compete with larger firms. Industrialization leads to specialization and specialization leads to the outsourcing of tasks that a country is not equipped to complete (Fjose et al, 2010). This then promotes competition in which SMEs are very important and from which they grow, resulting in the general flourishing of economies within the trading region. AfCFTA will only benefit the large and rich firms if financial support is not given to SMEs (which actually employ more people), and that will perpetuate one of the factors that lead to economic stagnation; monopolies (Coen, 2017). Funding makes it possible for SMEs to be able to compete on the market and expand their reach to a larger market pool.

As said before, the majority of SMEs in Sub-Saharan Africa are considered to be part of the informal economy (Fjose et al, 2010). The informal economy accounts for 41% of Africa’s GDP on average, ranging from 30% to 60% in the different countries (Jackson, 2016). According to the International Labour Organization (ILO, 2015), the share of women in informal employment in non-agricultural activities outnumbers that of men, with 74% of women’s employment being informal compared to 61% for men; female vulnerable employment at 84.3% compared to men at 70.1%.

In order to maximize the benefits of the AfCFTA, measures to emancipate the girl-child and gender equality must be prioritized. Women in Sub-Saharan Africa face gender-based hindrances in acquisition of education, pre/post-natal healthcare, land property rights, as well as inheritance rights among many others (O’Sullivan, 2017). It is in AfCFTA member countries’ best interests to focus on this demographic, since women make up 50% of the potential labor market though they face higher rates of unemployment than men, and are paid a lot less than men for doing the same work. In addition to that 63.2% of women in wage employment in Sub Saharan Africa do not contribute to social protection. Policies securing equal rights for women must be aligned among member states before the agreement is actualized, for this is not a matter of preference but a matter of economic loss that must be seen as an opportunity to maximise the development that is expected from AfCFTA agreement.

Learning from past mistakes

As these policies are put in place, we can also learn from existing free trade areas in order to avoid mistakes that have been made by others and create our own structures where the current ones are failing and where other challenges face us. An example of such challenges facing the AfCFTA include unequal sharing of costs and benefits which can hinder negotiation processes, but these can be planned for and dealt with. There are two types of tariff cuts; linear and progressive. Linear tariff cuts gradually remove all tariffs equally at the same time, while progressive tariff cuts classify products into groups that have their own specific tariff reduction rates, sensitive product markets getting a more generous amount of time to adjust (UNCTAD, 2017). If  such careful planning and consideration of options in light of mistakes and good choices by others is done, the AfCFTA will weigh in more benefits than Africa is currently receiving from trade with foreign states and unions.

In conclusion, the AfCFTA is the best direction that the African Continent can possibly take in order to battle the exploitation that has ravaged Africa for decades. Intra-continental trade is the only way that Africa will take full charge of its own industrialization and market prices for its raw material. Specialization will also help drive the development of economies of scale, but this can only be achieved through careful planning and the financial support of SMEs across the continent, especially the informal businesses run by women.

The Most Impactful Gift Yet To Take Home For The Holiday Season! 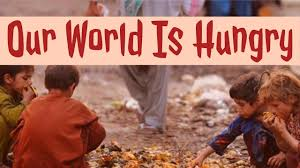