The Republic of Liberia is a small West African nation where up to 60% of the 4.8 million people live by subsistence agriculture, and 50.9% live in absolute poverty. A country with 100% arable land, an average annual rainfall of 4540 mm, and a tropical rainforest sprinkled or watered by six (6) significant rivers (Climatedata, 2020). Despite being the country’s main economic activity, Agriculture has been one of the least economically attractive sectors as highly consumed food products like Rice, Pepper, Cassava, and beans are imported from other countries. That brings to mind questions about why agricultural productivity is so low in this country and how it can be addressed (SelectUSA, 2019).

Why is Agricultural productivity so low in Liberia?

It is fair to say that Liberia is one of the poorest countries in the world– ravaged by a deadly civil war that lasted from 1989 to 2003, costing 250,000 lives and destroying many sectors, including Agriculture. As a result, many local farmers were forced out of their homes, and around 750,000 escaped their country, leaving behind properties that were destroyed. The Liberian agriculture sector was hugely affected by this massive exodus of people and the destruction of large farms and equipment. Most Liberians returned to their homes in early 2003 (Reuters, 2011). Still, they could not go back to the soil due to lack of capital and also the extreme low profitability of food crops such as rice, beans, and cassava due to but not limited to the following reasons: 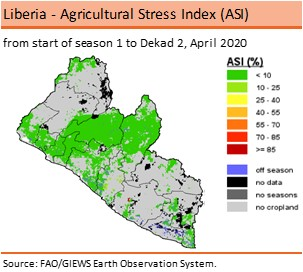 Competition with cheaper food imports.
In 2015, at least 16% of the households surveyed during an emergency food assessment in Montserrado, Bomi, Bong, and Lofa were food insecure, and 18% lived by begging for food. These counties make up over 50% of Liberia’s 4.8 million population. This high level of poverty and food insecurity is also dependent on the low profitability of locally grown food vis-a-vis imported food products. Despite the involvement of approximately 60% of the population in Agriculture, the sector’s productivity remains significantly low (World Bank, 2017), leading to the mass rural-urban migration the country is experiencing. According to Statista, the country’s urban population grew at a rate of 51.62% in 2019.

This, coupled with the high production cost (farming) and lack of support from the government, makes it nearly impossible for local rice farmers to compete with cheaper food imports from China, Pakistan, Thailand, and India. Thus, most local farmers are either producing rice for auto-consumption or quitting the farms for low paying jobs in Liberia’s bustling capital city, Monrovia. Red Light— The main market for Monrovia’s food products is flooded with food products imported from neighboring countries such as Guinea and Côté D’Ivoire.

Limited Application Of Technology:
In 2015, Rice Africa, in collaboration with Smallholder Agricultural Productivity Enhancement and Commercialization Project (SAPEC), launched new technologies meant to boost rice production across the country, and Dr. Innoussa Akintaye, the country director of Rice Africa, stressed the need for technology in the agriculture sector by introducing equipment that is less labor-intensive and agriculturally viable. The agriculture sector is still dominated by primitive farming techniques such as the “Bush-rotation” system of shifting cultivation. Farmers, in most cases, clear wild forests or low bushes every year to make new farms using crude hand tools to plant rice, cassava, or other food crops during the “rainy season.” In 2003, China and other developed countries came to Liberia’s aid through donations and direct investments in development projects (DailyObserver, 2018).

Since 2007, through the China-Liberia Agricultural Technology Center in central Liberia, China has invested heavily in several programs intended to modernize Liberia’s agriculture by focusing on technology transfer and training. Yuan Longping High-tech Agriculture Co. Ltd was the main organizing organization behind the China Agricultural Technology Demonstration Center in Suacoco, Bong County, Central Liberia. The infrastructure was built on a 2360 square meter area, and it amounted to USD 6 million. However, this and other projects have had a limited impact on agricultural productivity. Local farmers still lack the needed support to obtain the knowledge and tools needed to increase yields (China-Africa reporting, 2018).

Mass rural-urban migration
The bad news is that road connectivity in rural areas has been constantly deplorable, and efforts to connect food-producing communities and counties to the capital city have proven insufficient and unreliable. It is nearly impossible for local farmers, in some localities, to export their agricultural products without experiencing loss. Fruits and vegetables become very difficult to transport because cars spend 3 to 4 days on the road from some counties to where they should be consumed. This has triggered the mass migration of people from rural areas to Monrovia. Once in Monrovia, most Liberians do not consider Agriculture as something that can be practiced in the city and prefer cheaper imported food to locally grown products. In 2019, 51.62% of Liberia’s population lived in urban areas and cities where food production is not common (Statistica, 2019).

How can urban agriculture help?

As technology merges with agriculture in our ever-progressing world, new ideas have emerged, and agriculture has continuously evolved. Montserrado County, the most urbanized county in Liberia, and other countries like Bong, Margibi, and Lofa counties can tap into these advantages presented to us by modern technology. As GreensGrow defines it, urban farming is food production in an urban environment, a city, or a heavily populated town (GreensGrow, 2020). With the availability of freshwater bodies across Montserrado county, we can create urban farms to produce fruits and vegetables that are scarce, heavily consumed, expensive, and mostly imported. This, in return, will reduce the amount of food imported into the country. We can further construct vertical farming facilities to grow varieties of food crops without worrying about the rainy or dry seasons.

Urban farming serves as an opportunity to produce sufficient food without a need for a large tract of land, and the need for transporting crops will be reduced. Subsidies can be made available for corporations, individuals, and non-profit organizations or even neighborhood groups to start and run an urban farm; this, coupled with the needed technology, will not only create jobs but also directly affect food scarcity in urban areas like Monrovia, Ganta, Gbarnga, etc. Urban agriculture can drastically increase the local production of food, boost the local economy, and promote healthy communities. Food crops like Cabbage, tomatoes, pepper, lettuce, carrots, bitter balls, eggplants, etc., become very difficult to transport due to roads’ deplorable conditions. Still, with urban farming, tons of these crops and more can be grown in the surrounding areas of Monrovia and other cities. With the growing threats of climate change, deforestation has been a key contributing factor, and Liberia is no exception. Liberia contains around 4.3 million ha of lowland tropical forest, covering 43% of the remaining upper Guinea forests on Africa’s West Coast. According to the World Bank in 2015, forests cover over 68% of Liberia’s land surface, but the deforestation rate was reported to be 0.4% yearly from 2005-2015. As a result, they lost an average of 30,000 ha of land to deforestation every year from 1990 to 2010, and that amounted to 12.2% of its forest cover or 600,000 ha (WorldBank, 2015). To address, urban agriculture can cut down the deforestation rate, for we will have fewer trees being cut as we grow more food on limited land, and this can be done right in the hearts of the city of Monrovia. 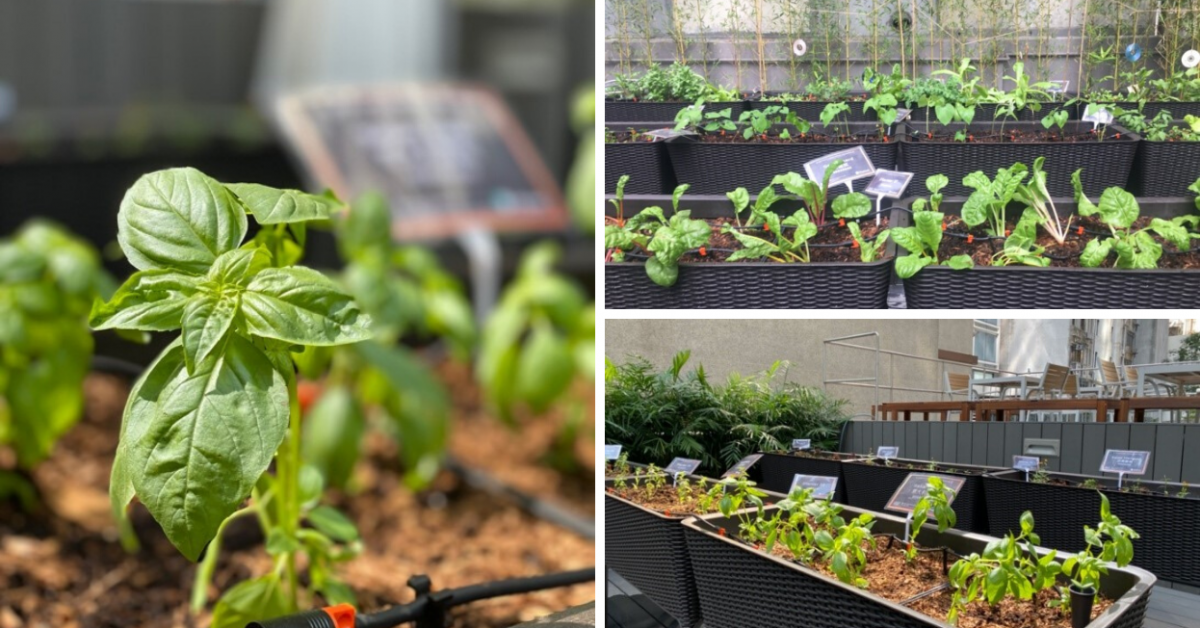 Food Scarcity: Can Climate-Smart Agriculture Save the Democratic Republic of Congo?

Africa’s Gigantic low export and production of Legendary Tomatoes: Then who’s to be held responsible?

« Lessons from Rwanda’s Booming MICE sector
What If Your Ability To Read Depended On Whether You Read This? »