Sex is a topic that entails details of biological and emotional processes that occur between two individuals, and in most cases, this topic is misunderstood by the majority of the young population. The misconception around this topic results in adolescents finding out the information for themselves, which puts them at a great risk of misinformation and wrong perceptions around the subject. There is no doubt that with the increased internet penetration, social media influence and mass media promotion of sexual content, adolescents feel the urge to engage in such activities without getting trustworthy information from parents/caretakers.

This blog post assesses factors that influence the sexual challenges encountered by adolescents by analyzing whether taboos in sex education are the prime factors. The lack of sex education has negatively impacted adolescents’ lives as some have suffered from STDs while others got unwanted pregnancies. Other difficulties proceed after early pregnancy, such as school dropouts, stigmatization, and family abandonment.

Is sex education a taboo in Rwanda?

Statistics show the rise in early teen pregnancies during the previous years. According to NISR(National Institute of Statistics of Rwanda), 17,337 cases of teenage pregnancies were reported in 2017, and they increased to 19,832 cases in 2018 (Ashimwe, 2020).

There are various reasons behind teenage pregnancies. One is that parents and their adolescent children do not often communicate about sexual matters, and even where discussions occur, parents provide scanty information about sexual matters (Bushaija, 2013). This point resonates with how parents avoid discussions about sex, and there is a high likelihood to have a stance that sex education is a taboo in Rwandan families. 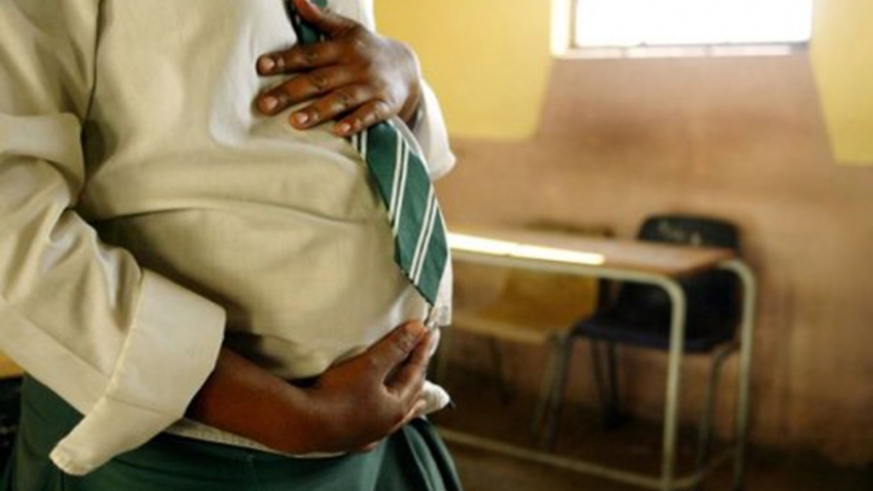 Teenage mothers blamed their teachers and parents for not providing sufficient sex education to learn preventive mechanisms. Uwase, a 29-year old mother impregnated at the age of 16, recounts the sadness she endured because she lacked proper sex education,

“the situation made me hate my teachers and my parents for not having conversed to me about these issues earlier when I was growing up.”

Uwingabire, another teenage mother of a 3-year old daughter, narrates her horrific experience, and she says,

“I wanted to abort to avoid being forced to leave school because I knew that my future would be dim. When I realized that that abortion was not an option, I thought of committing suicide. Luckily, my mother stopped me after she learnt about my situation from a close friend.”

The situation of Uwingabire can help to reflect on other girls’ experiences to comprehend the pressure they endure as a result of early pregnancy. She had contemplated suicide because she would not bear the shame that society puts on teenage mothers. Some parents chase their children out of their homes, religious institutions ban them from gatherings, and Uwingabire was probably scared of the same thing. These stories show how sex education is crucial and emphasize the need to create a safe space in our communities where people can feel free to express their innermost feelings. As we read this blog, let us take a moment of silence to honor young girls’ lives lost in this whole process.

Ntirushwa also helped to clarify why there exist high cases of early pregnancies. One point is around sex vocabulary where he elaborated that there is a limited number of persons who can talk of the vagina in their local language, or even penis, limiting easier communication about sex because it becomes difficult for people to find the right words to use. Since the sex vocabulary is a challenge, it is another contributing factor showing that discussions around sex are missing in homes, and sex education is, therefore, a taboo in Rwandan families.

He added that privacy is another barrier to expanding sexual education in Rwanda since people fear buying a condom because they want to hide from the pharmacist that they will have sex (Ntirushwa, 2010). In addition to that, young people are afraid of buying condoms because they fear the public’s opinion or awareness about their sexual lives. There are various cases where young people buy condoms from another neighbourhood due to the fear of being recognized by someone who knows them.

During the research conducted by Bushaija, 81% of the respondents revealed that they did not communicate with adolescents on sexual matters. These respondents are the parents of the adolescents. The lack of communication between the parents and the adolescents is caused by less experience on discussions of sexual topics with adolescents, coupled with the topic’s sensitive nature (Bushaija, 2013). The current lack of communication is another factor proving that sex education is taboo in Rwanda, and there is a need to act upon it.

Below is an image of a pie chart demonstrating the significant reasons behind the habit of parents not discussing sexual matters with adolescents:

As seen from the pie chart above, the main reason is that parents find it difficult to mention sexual vocabularies because they are deemed to be difficult for them to express. The second reason is around culture and religion, whereby parents find it hard to break cultural norms and discuss sexual matters with their children. There is a likelihood of not wanting to talk about sexual matters for the parents who are part of certain religious denominations because they find them prohibited. The third and last point on extended family roles also ties to culture and relates to how parents cannot discuss these matters with their children but pass the responsibilities to their uncles and aunts.

Despite the taboos around sex education in families, the government has carried out different mobilization programs around this subject to break the barriers around sex education. For a long time, the primary strategy has been using a radio soap opera known as URUNANA, which has become popular in the country (Bushaija, 2013). This soap opera has been used to raise awareness of the vital importance that parents should play regarding sex education. The second common strategy was the use of parents’ evenings, also known as “umugoroba w’ababyeyi”, whereby parents meet to discuss family issues.

Recommendations to address the challenge

Apart from radios, megaphones may also be used to access places where they do not have radios to expand the propagation of sex education. Since the main challenge is centred around the communication between parents and adolescents, there is a need for sensitization campaigns around parent-adolescent communication to guide parents on introducing or approaching sexuality to the adolescents (Bushaija, 2013).

The last but not most minor recommendation is around cultural norms of privacy and sexual vocabulary that can also be addressed through conversations. Public expression and discussion on such topics will help break down the negative beliefs causing fear around these topics (Ntirushwa, 2010).

Now is the time to act and believe that we can make it as we address issues around sex education. The more we promote it, the higher the chances of building a better-informed community free from unwanted pregnancies.

Bushaija, E. (2013). Factors that Hinder Parents from the Communicating of Sexual Matters with Adolescents in Rwanda [Ebook]. African Journals Online. Retrieved from https://www.ajol.info/index.php/rjhs/article/view/98512

« Accessibility to Menstrual Hygiene facilities: A Human Right or a Privilege?
Youth Unemployment, Job Creation and Governance in Uganda »