The Backbone of Rwanda’s Economy is Gradually Decaying: Who is to blame?

Understanding a countries’ or a region’s economy requires a thorough analysis of the production process and movements of the products from the producers to the consumers. Therefore; to decide whether the economy is growing or not, you need to compare the data with that of previous time or that of other countries or regions. According to the Cambridge Dictionary, the economy is an area where there is production, distribution, trade, and consumption of goods and services by different agents. The main factors that determine the rate of production are land on which the production occurs, labor that will be involved, the capital, and entrepreneurship that enables exchange.

Rwanda’s aspirations of reaching the upper-middle-income status ($4000 annual per capita income) by 2035 and a high-income status ($12,000 annual per capita income) by 2050 is a tough project that requires smart approaches and more skilled manpower to achieve(World BANK, 2019). The country’s history, geographical location, population density, and human capital are among the factors that highly affect the projects aiming to develop the economy of Rwanda. According to The Food and Agriculture Organization (FAO), 70% of Rwandans are engaged in the Agriculture sector with traditional subsistence methods dominating mostly in rural areas and 72% percent of the employed population working in this sector. Due to the high number of citizens getting a living from the sector, Agriculture is considered as the backbone of Rwanda’s economy (FAO, 2017).

A greater part of the population specifically in rural areas rely on subsistence farming an approach that is traditional and requires farmers to spend much time, energy, and other inputs in their farms to get productivity, however, this approach is not profitable and is counted as the cause of poverty and other challenges tailored to financial sustainability in rural areas. Regardless of the improvements such as the use of science, technology, and machines that increase the efficiency of farming, Rwandan rural farmers are still using methods derived from their parents who also derived it from their parents too before this high technology was invented. In his Blog, Danyell Odhiambo argues that subsistence farming is unprofitable because of “low uptake of modern farm inputs, high transport costs, weak farmer organizations, poor quality control and lack of information on markets and prices to sell surplus produce.” (Odhiambo, 2015)

The agriculture sector has the power to combat some of the pressing challenges this country and the continent is facing nowadays: poverty and youth unemployment. In their research Jingdon et al argues that there is a great link between agriculture and poverty because as the moe the agriculture productivity increases the more poverty decreases. The paper gives an Example of Asia, middle Asia and take China in particular as a country that rapidly reduced poverty by redesigning the Agriculture sector in a course of 50 years. Furthermore; the authors highlight how the sector can impact various groups of people specifically when modern techniques are used. However; the problem comes in for people who depend on the availability of the rain to get their crops to grow as expected. (Rehman, Jingdong, Khatoon, Iqbar, and Hussain, 2016)

Causes of The downfall of the Agriculture Sector

Though the sector has marked remarkable improvements recently, a number of challenges are still hindering the farmers’ financial sustainability. As discussed by the FAO, the following are identified challenges facing the Agriculture sector in Rwanda.

Lack of youth involvement in the sector

“Yasubiye Kwisuka” roughly translated in English as he/she returned to agriculture is a Kinyarwanda saying that is used referring to someone who had been rich but suddenly becomes poor and needs to start from scratch for survival. Despite the high number of Rwandans engaged in it with a high dominance in rural areas, agriculture in Rwanda is portrayed as a profession for the people who failed in education and are trying to do something that will help them at least access basic necessities such as food and clothes. This perception that agriculture is for poor people who have failed in life discourage the young generation to engage or invest in the sector. As the journey of increasing literacy rate has not been in existence for a long time now, it implies that most of the Rwandan Famers are illiterate and they don’t have modern skills to incorporate in the sector to take full advantage of it.

Though this blog points the ineffectiveness of the agriculture sector as the cause of poverty among Rwandans specifically rural areas’ community, poverty also hinders the development of the sector in a way that for farmers to get the inputs they need money or resources. Farmers need capital such as land, quality seed, machines to start their farming projects, however, most of them have their small piece of land which they get as a gift, heritage, or buying and they end up cultivating everything they think they will need to avoid hunger. Therefore; the lack of investment also affects the sector which directly affects the people and the country in general.

The education system doesn’t have room for agriculture as it focuses more on teaching students sciences and technology-based courses that are sometimes not practical in Rwanda. The education system of Rwanda is divided into four stages: pre-school, Kindergarten, primary, secondary, and tertiary schools. In both public and private schools the nearest level you can find agriculture-related courses is rarely at the secondary school level and university level which hinders the availability of passionate and knowledgeable human capital in the sector. If students were taught these skills at a young age, even those who decide to stop at the end of secondary school level would make use of it to sustain themselves and their families.

Lack of investment, lack of youth involvement, education curriculum that doesn’t favor the agriculture sector are all challenges that can be well addressed in a very short time if the government intervenes. It’s the government that has authority on the implementation of the education curriculum, therefore, incorporating agriculture-based knowledge will create knowledgeable human resources for the sector. It will also open doors for the young generation who want to join and engage. On the part of the investment, the way land is distributed among the people is also challenging. However, the government has already started addressing it by encouraging people to live in the planned settlements that will live a big space for agricultural activities and teaching society about the benefits of working in cooperatives which will enable the people to join their resources to get a fair benefit from them.

As a conclusion, both the people and the government have responsibility in the status quo of the agriculture sector and both parties need to work hand in hand to make sure that 70% of the population is not left behind economically. There is a need for urgent reforms in the sector that includes US$ 66.5 million deal with Israel to develop 5,600-hectare agricultural project in Eastern Province.

Is Agriculture Key to the Success of African Youth? 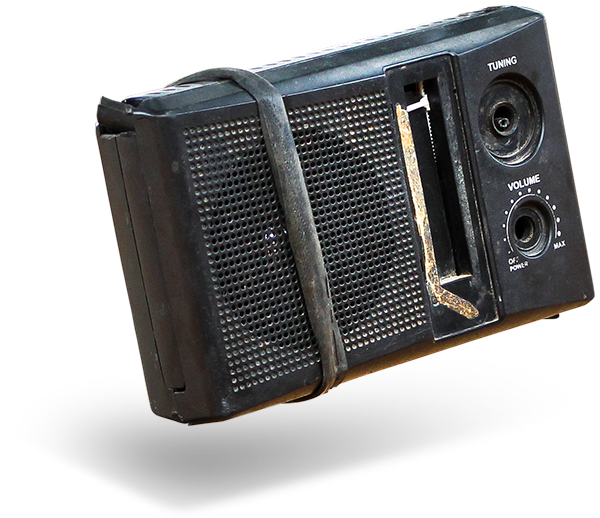