Urbanization in Nairobi, Kenya; what is its biggest impact?

We asked Kenyan students what urbanization looks like on a daily basis in Nairobi. Here’s what they had to say.

Urbanization has been defined as the increasing movement of people from rural to urban areas because of various pull factors like accessibility to more opportunities and push factors like civil unrest or insecurity. It was important for us to talk about urbanization because both a huge challenge and opportunity for the continent. Addressing urbanization as a global challenge was tricky for us, we were certain in the beginning that we would be able to break it down and create a blog that was both easy to digest and informative. However, we soon discovered that while urbanization is a straightforward topic, it is broad.

Numbers don’t lie and point to there being a high possibility of the population of Africa to double by 2050 and over 70% of this will be in urban areas especially in slums (World Economic Forum, 2018). This leaves a majority of people in urban areas at risk especially because most governments and cities are not prepared for this population boom. Kenya is one of the economic drivers in Africa, with a GDP of about 5.7% in 2019, making it one of the fastest growing economies in sub Saharan Africa (World Bank, 2019). Nairobi also happens to have doubled in population over the past 30 years the peak density being in slums and informal settlements which house 2.5 million people in roughly 200 settlements (Earthobservatory.nasa.gov, 2019).

Here’s what 4 Kenyans from ALU Kigali said about  is urbanisation in Nairobi and what it looks like on a day by day basis to live in an overpopulated city. The rationale behind this approach was to hear the thoughts of the people who live in Nairobi and have a life there while also getting understanding urbanisation from a more practical angle.

One of the issues that constantly pops up regarding urbanisation is employment and the difficulty of finding a job in the big city. Wanjira and Jackline both agreed that it is difficult to find jobs in the city however for different reasons. Jackline felt that the lack of  professionalism of the industry makes it a hindrance while for Wanjira it was the underdog with no connections that suffers with joblessness. In big cities with substantial economic growth, capitalism can be observed at its peak. To get a call or email back, what matters is who you know and what they can do for you.  It is important to note that while both ladies are still pursuing an undergraduate degree and employment may not be a priority for them, the number of unemployed graduates is rising quickly in Nairobi.

The population in Nairobi has been projected to double within the coming decades so a vital question we felt the need to ask was whether Wanjira and Jackline thought Nairobi is overpopulated. Wanjira felt that the city was congested especially in the lower to middle class areas while the upper middle class and upper class areas are sparsely populated. The inequality gap is a growing cause for concern for rapidly urbanising areas like Nairobi. The photo below shows a lush green golf course right next to Kibera, the largest slum in the world, serving to show the irony of urbanization is in that on one side of the wall the biggest concern is when you will make your next birdie while on the other side of the wall cholera outbreaks by the week are numerous. Although as comparing struggles is not the way forward, it is worth noting that on the other side of the wall, basic human rights such as healthcare and access to safe drinking water are not being met.

On the other hand, Jackline argued that she didn’t feel her Nairobi was overpopulated, it simply felt like home.She contrasted the city with Kigali where she felt that there weren’t enough people and the streets just feel empty. Her response brought up the question, what does overpopulation actually look like in a city? How do I know my city is overpopulated if all I’ve ever known is bustling streets?

As the conversation progressed, we asked what they thought of informal settlements like slums and their responses were enlightening. There was a common understanding that they both come from privileged backgrounds and don’t have personal experiences with slums and informal settlements however they weighed in on how dehumanizing and inhumane the conditions in slums are. The lack of or limited access to basic fundamental amenities like a toilet or waste management system makes life in the city for the people living in absolute poverty not only unsafe but also unbearable. Absolute poverty means that the minimum income generated by the household is below a certain level and thus it  becomes impractical to meet basic needs such as food, healthcare, water, shelter and education. (Habitat for Humanity GB, 2017)

As regards the effects of urbanization and their management, while Jackline felt that decentralizing institutions and creating employment opportunities in rural areas could be a way to balance the scales and reduce the need to move to Nairobi for opportunities Wanjira felt that one of the major effects of urbanization in Kenya is the rationing of resources because of the dense population of the city. Resources like water and electricity have to be rationed but also because of the larger number of people they are serving, a significantly higher number than the city can afford to. Water rationing has been prevalent for decades since the Nairobi’s demand for water began to surpass its supply.

According to the Nairobi City Water and Sewerage Company (NCWSC), only half of the population has piped water in their homes (IN, 2014). The effects of water shortage are dire in slums; groups that are known as “water mafia” have completely taken over water distribution in slums, pricing the oftentimes contaminated water between 10 to 25 more times the NCWSC price. Wanjira suggested urban planning as a solution to the problem in that projections of the needs of Nairobi for years to come would help in the proper allocation of resources. A brilliant solution was the invention of water ATMs by business owner, Mercy Muiruri, living in Mathare who was tired of using overpriced unsafe water from the mafias. The concept allows slum residents to have access to clean water by the swipe of a card, this water costs up to $2.47 less than the mafia water (TheGuardian, 2016).

Decentralization is seen in many countries to be a solution to the effects of urbanization.  It has been attested to be a best practice and ways of involving communities regardless of the model of governance of a country.  In 2010, Kenya introduced a constitution on decentralization strategy, whose implementation started in 2013 (Savage, A. and Lumbasi, L,2016).The decentralization strategy made two governing bodies. The national government in charge of all financial budgets and the county level delivered local services. The initial objective of this change was to carry the administration to a community  level, increase civic commitment, improve administration conveyance and quality as well as accomplish balance over the state.
For the second conversation, we attempted to cover some of the solutions of urbanization with regards to informal settlements, population growth and the economy. One of the common solutions to informal settlements is to resettle slum residents in other orderly built blocks.

In 2002, Kenya initiated the Kenya Slum Upgrading Program KENSUP  which aimed at resettling the residents to areas with well built formal settlements. This program eventually failed because it didn’t foresee the distortion of the rental market in the slums. By resettling slum residents, they were left without a means of generating revenue as renting out extra rooms was a main income stream for many residents. The aftermath of this was that the newly resettled population started selling their flats to middle-income families illegally and renting out extra rooms to family members from other provinces..

With these solutions in mind, we proceeded to ask round 2 questions revolving around urban planning, decentralization, and resettlement of slum residents.

Nairobi is set to host the inaugural world poverty forum on January 11-12, 2020 with the aim of providing a platform where political leaders and locals provide solutions together. Joy commented that hosting such a global event in Kibera would be good but the ultimate telltale sign of its impact would be the actual implementation of solutions agreed upon. Also, this forum would empower the community economically through the purchase of goods and the use of services which would ultimately benefit the people of Kibera.

We went on to ask whether the pair believed that resettlement programs are the way to go when it comes to creating better living standards for slum residents. According to Maryann if people are being resettled in another environment urban planners should take into consideration the affordability of the new settlements as well as the provision of goods and services found in the former settlements. For instance, programs should address and cater to how people earning under $1 would be able to afford the goods and services in this “middle- income settlement” Joy added that people’s lifestyles are different so if they are to be moved it is better to train them on how to live in this new environment. For example teaching them how to use of flushing toilets or running water because most of them never had access to these amenities before. The solutions need to be feasible and practical.

As we spoke to the ladies about urbanisation in Nairobi, something stood out. They were all concerned about the wellbeing and the lack of basic needs in informal settlements and slums. Our insights from the conversations are that we need to stop talking about slum residents as a third party and start having inclusive conversations with them. Solutions that don’t include the party at hand are often a failure as residents are the best source of lasting solutions. This has been the case with Kenya’s technological advancement in terms of artificial intelligence. It has been applied to solve local problems, water ATMs and money solutions like MPESA are just a few of the innovative solutions that have been made for the country by the country.

We believe the most effective solutions for implementing urbanization management,whether urban planning or resettlement of informal settlement residents, comes from Nairobians themselves. Have more conversations, hear what Africans have to say about African problems, the solutions are within us. 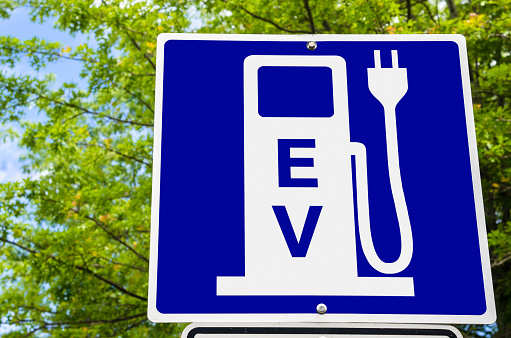 Did you know that E-mobility is one aspect of fighting Climate change in Africa!

We Want To Move It Move It! The Story of Urbanization, Transportation, and Population

« Access to Education in Northern Nigeria
From the Rock to the World: Evolution of African Art »