It has never been easy for anyone who is employed today to find a job, unemployment is one of the most intense problems in all over the world and lack of opportunities for the youth has been ranked top of the most social problems that the youth is facing today. According to (MLSA, 2017) the unemployment rate in Somaliland is 65%, the youth make up 70% of the total population, In spite of the small boosts made in the economic sector youth unemployment still remains an extant and crucial issue for the government.

Unemployment has led to other dismaying issues such as youth migration, brain drain, and mental health. (Pharr, et.al in 2012) revealed that the unemployed tend to have higher levels of impaired mental health including depression, anxiety, and stress. Youth mainly undergo low self-confidence, low self-esteem, and lack of happiness, and it’s for that reason youth start consuming drugs to reduce their stress level. The usage of the drug simultaneously resulted in the formation of urban gangs in the city. In Hargeisa, the police and public are worried about the increasing number of youth gang groups. They’re usually equipped with weapons, they commit crimes including rape, robbery, and sexual assault mostly at nights. This happens as a result of unemployment since youth doesn’t do anything else that keeps them busy.

According to an ILO youth unemployment report, Somaliland requested support for the collation of concrete and reliable data on the labor market to serve as an integral element for policy formulation facilitating the development of inclusive growth for employment and there is a clear confusion as to what really causes the increasing unemployment in Hargeisa,

Unemployment in this blog refers to a situation in which the workers who are capable of working and willing to work to get employment. There remains considerable debate regarding the difference between unemployment and lack of entrepreneurship and if the problem is really the lack of job opportunities for the youth or the youth are lacking entrepreneurship skills to create opportunities for themselves? Before answering this, It is important to have a grassroots level understanding of this problem.

What is up with unemployment?

Education plays a huge role in today’s unemployment problems, Subjects, and courses that are taught at school or universities are not compatible with the level of the present job requirements. There is a mismatch between the skills needed in the job market and the skills provided for them in their learning, Youth are lacking the employable skills. The illiteracy rate is also contributing to the alarming rates of unemployment. According to (world bank, 2016) Men have a literacy rate of 49.7 percent, while 25.8 percent of women are literate.

Most of the youth show uninterested in blue color jobs especially the graduates and due to the limited number of skilled employers in the market, there are a number of white-collar jobs provided to foreigners this happens because the local youth doesn’t have the competency skills. Many youths have given up hope of ever acquiring a meaningful job that provides a living wage. According to OECD, the 16-24-year-olds face very specific barriers into the labor market, and where there is weak integration of young workers, given the mismatch that exists between the current demand for labor, and the effective supply of young workers.

There is the existence of unfair recruitment, lack of creativity among students. They are lacking the entrepreneurship skills to establish their own businesses to become job creators, rather than job seekers. There is also increased concern about employer preferences, especially international NGOs, who employ and give advantages to the people who studied abroad. This is sad neglect to locally-based students.

Would the cure for youth problems be job creation?

It’s questionable why the unemployment rate is so high in the ages between 15- 24 but less in older ages, should youth be worrying less because their time has not come yet?  But then again how a country with just 4.5 million population would suffer that extreme unemployment, it would have been something if it would be a populous country and has justifications of population growth and the low progression of the economy.

It is not only job creation that would solve youth problems. The government needs to implement promising policies that will assist the youth to overcome their issues. Such as a number of programs aimed to create jobs for the youth, policies aimed at enabling the environment for the private sector and the public to create jobs and building their skills and knowledge to make the youth more employable. This means the youth need to be equipped not only with the technical skills but also with the growth mindset to be critical thinkers and entrepreneurs, through formal and informal education systems.

The unemployment has affected many dreams and ambitions of young girls when they knock so many doors to find a job for a period of time and has been discriminated against because of her gender, the disappointment discourages them and some of them end up giving up. Women are double as likely as men to be unemployed but actively looking for a job.

Youth, in general, are facing negative stereotypes told by the old people in the workplace, they mostly believe that young people don’t know anything about the work in the offices and don’t have the skills and experiences needed. I believe the work experience and the skills between old people and young people are unique and different, older people can be teaching their experience about their hard times so the youth will go through their life by the wisdom taught by the old people. Older people have always a good understanding of the things they regret in their career life. People mostly regret things not because of what they did but because of what they overlooked. They can share these regrets with them to pass along ideas to the younger ones to steer their career life. In that case, the youth would grow personally and professionally with their old coworkers and feel welcome and appreciated.

If the economy grows, will the situation be improved?

The government encourages both domestic investment and foreign direct investment and this reduces the unemployment rate. The government signed a 30-year concession for Berbera port with an investment of $442 million by DP World. The infrastructure development project is a part of this agreement which will be invested around $400 million to build a Berbera corridor that links Berbera port to Ethiopia. This is estimated to generate 700 jobs (Townsend, 2018).

Kulmiye (the current ruling party) put pressure to stimulate the public investment and this leads to creating more jobs and raises up the economic growth. In addition, the government manages foreign aid and it established the Somaliland Development Fund. This is so crucial to the socio-economic development of the country, improves the economic growth of the country and as a result of financing projects, more jobs were created.

The agricultural sector was also emphasized and the government invested areas that are rich for the cultivation of different crops and vegetables. These two projects were financed by the Ministry of Agriculture and Development and implemented by the national army and the local people. This further stimulates the local food production, economic growth, and hence reduces the unemployment rate. If the economy continues growing like this the situation will be improved.

Lastly, as the data from the ministry of planning reveals the emphasis of Somaliland economic growth contributes more jobs and helps the government to reduce the drastic unemployment in the country. 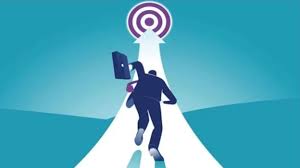 Who thought CoVid-19 was an opportunity?